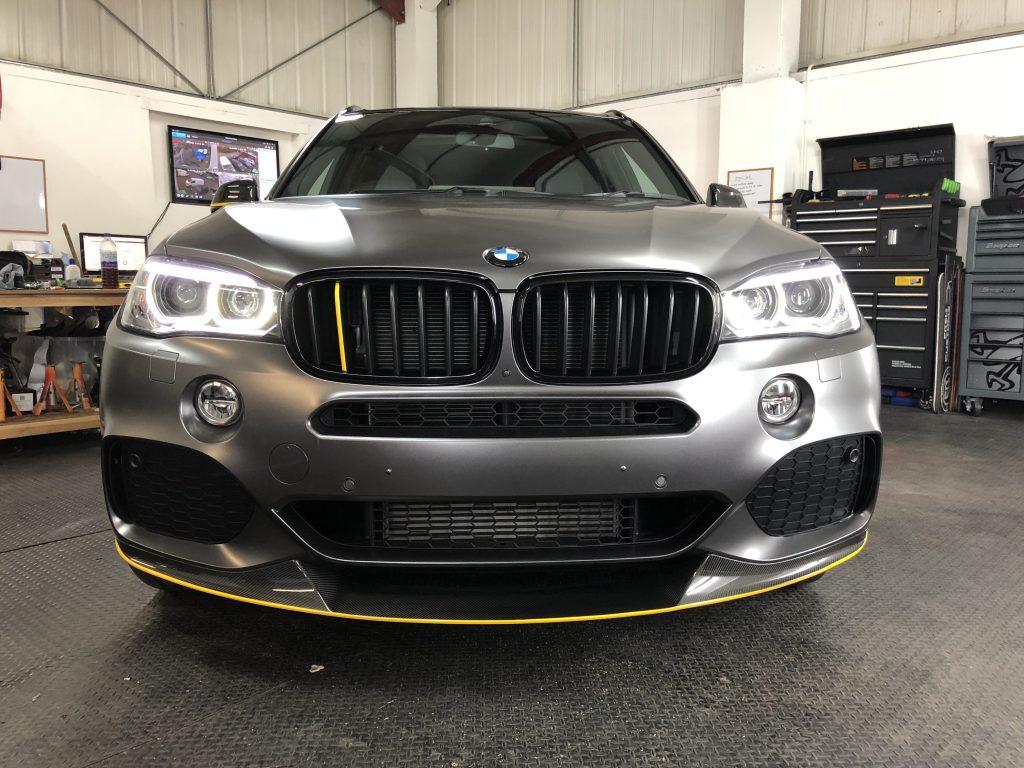 Car wrapping may not be something that many people spend a great deal of time thinking about. However, car wrapping is now a cornerstone for advertising and brand promotion, and we all encounter car wraps every day of our lives. You see wraps on vehicles as large as lorries and as small as bicycles.

Like all great and successful ideas, wrapping had to start somewhere. It began with a single small idea and over many years has grown into a booming and somewhat essential industry. There is no doubt that wrapping is now one of the most versatile, accessible and cost-effective ways to get your brand out there. So, who do we have to thank for this innovation?

When Did Car Wrapping Start?

The history of car wrapping is much older than you might think. Although in its modern vinyl form, vehicle wrapping is relatively new, the idea of covering your car, van, lorry, bus or bike in logos, brands, deals and posters has been around for some time…

Advertising on motorized vehicles has been around ever since cars were invented at the turn of the 20th century. Henry Ford, considered by many to be the father of the motor car, first manufactured the vehicle for racing. These cars would be full of information; the numbers of the cars, the racers, their sponsors, so that they might be identified on the track. All manner of information was displayed on these vehicles. Of course, it was paint that was used in those days, sometimes ink, but certainly not vinyl!

Although Ford was the first to mark cars, it was somebody else who first used it for advertising. Milton Hershey, the famous manufacturer of chocolate, was the first to paint his brand on the side of a company car. This quickly became popular and was widely adopted by many businesses between around 1900 and 1950.

Although the innovation of vinyl wrap was invented in the mid 1920s, it wasn’t until the 50’s that the world of advertising started to use it to its advantage. Vinyl wrap was extremely popular due to its versatility, flexibility and durability. However, the reason it had not been widely used before this time was because it was extremely expensive. Even when self-adhesive vinyl graphics did start to become popular in the 1950s it was still quite the financial outlay and was only really used by large companies.

Of course, innovation and development did eventually make the product more widely affordable. Because of this, these graphics were accessible to businesses of many sizes and financial positions by the 1980s.

Paint and ink were still very much the predominant method of vehicle advertising up until and throughout the ’80s. Even with its development up to that point it was still more expensive than point and required professional services for installation.

However, vinyl printing technology experienced a huge leap in quality, efficiency and affordability in the 90’s. By the end of the decade, it was rare to see cars, lorries, vans and the like sporting painted advertisement and branding. The printing technology now available was quicker and cheaper. Early printing techniques were limited in what they could achieve, but the printing processes developed in the ’90s provided an accessible product with a vast range of colour and design capabilities.

The Benefits of Car Wrapping

Now, almost two decades into the 21st century, car wrapping has advanced considerably. Ever improving printing methods and a consistently growing graphic design industry means that getting vinyl wraps of stunning quality is neither difficult nor especially expensive. But, other than it looking good, why on earth should either you or your business consider wrapping any of your vehicles?

Vinyl is extremely hardwearing and versatile. Considering its amazing flexibility, it is remarkably resistant to scratching, warping and ripping. Indeed, it even protects the paintwork of the car beneath, giving you the added bonus of extra protection again wear and tear.

The great thing about car wrapping is that it can be easily removed, replaced and updated. Having a rebrand? No problem, you can just change the wrap on your company vehicles. In years gone by, when you might have painted your advertising on to your car, removal and replacement would have been much trickier. This is also an advantage where hire vehicles are concerned. Many businesses now hire cars, vans and lorries as and when required. Wrapping means that you can brand these vehicles as required without permanently altering their exterior.

Company vehicles are, by their very nature, portable. It is a moving advertising board that can be displayed wherever you go; it is an excellent way to advertise.

These days, people have gone back to using paint jobs a little more often. This is a good option if you are intending to keep your branding or advertising the same for some time. However, the average wrap costs around half the price of its paint job equivalent and is arguably just as durable and impressive.

Wrapping also trumps paint jobs in two more ways. First of all, if you have more than one vehicle to wrap, uniformity is guaranteed; all you have to is print multiple wraps from the same design. To get paint jobs uniform across a fleet is much harder. Paint jobs also take much longer. The average paint job on a car may take up to a couple of weeks, which far exceeds the average wrap; these take a few days at most.

Designing a dynamic and eye-catching wrap could not be easier. Not only is the design programmed available for wrap creation extremely smart and multi-faceted, but the experts that help to design and then install your wraps are experienced technicians who will ensure that you get the most effective product to meet your needs.

It’s good that you point out that having your vehicle wrapped is a great way to advertise your business. I want to start my own business soon, so I’m considering having my car wrapped in an advertisement for it. I’m going to look for a good vehicle wrapping service in my area to use.

I am having my prosthetic limb vinyl wrapped with artwork being applied.

Hi William, that’s great to hear. We can wrap pretty much anything but I don’t think we’ve wrapped a prosthetic limb before!

Thank you for mentioning that vehicle wraps can help you advertise your business. I’m thinking about starting a business in the near future, so I should probably have my car wrapped with an advertisement for it. I’m going to search for a good business in my area that offers vehicle wrapping services.