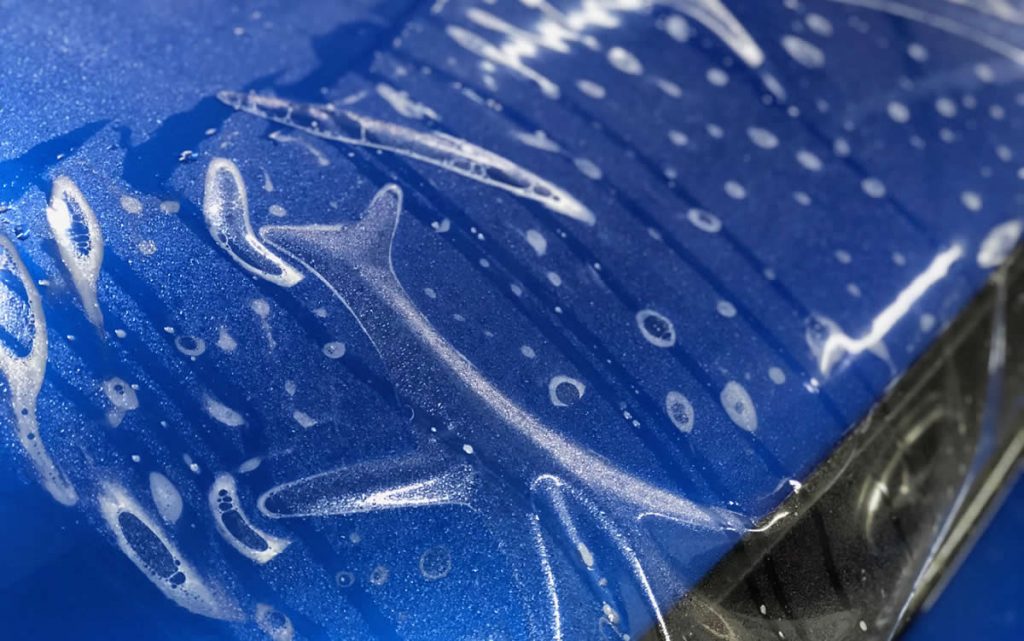 Who Invented Vinyl? – The History of PVC

This isn’t one of those posts where we tell you about how great we are and why you should use us – This one is strictly for all the vinyl junkies out there.

Since we use a derivative of vinyl on a daily basis when we’re wrapping and protecting our clients’ cars, we thought we’d take time out to describe it in a bit more detail and give you the lowdown on what it is, where it came from and who invented it.

Vinyl; it’s one of those everyday things we’ve all heard of but rarely give a second thought to. From vinyl records to vinyl flooring, this versatile substance that we take for granted has a myriad of different uses in our everyday lives without us ever really stopping to consider anything about it. Although extremely popular as a building material, it’s also found inside our homes, in our cars and in some of the clothing we wear, but what actually is it?

For the really hardcore chemistry geeks amongst you, here’s what the boffins at Wikipedia have to say about vinyl …Brace yourselves!

“In chemistry, vinyl or ethenyl (abbreviated as Vi) is the functional group with the formula −CH=CH2. It is the ethylene (IUPAC ethene) molecule (H2C=CH2) less one hydrogen atom. The name is also used for any compound containing that group, namely R−CH=CH2 where R is any other group of atoms.”

Now, although that may be entirely accurate, it’s waaay too complicated for most of us to get our heads around so, if your eyes haven’t glazed over already, let’s get a bit more down to earth and talk in a language that we can all understand. The above quote is basically telling us that there are different types of vinyl but they’re all part of the same group (the functional group bit of the quote).

In essence, what this means is that vinyl is a concoction of petroleum and seawater. So, when these two are processed and combined, they become Polyvinyl Chloride, which is more commonly known as PVC. In simple terms, everyday vinyl is PVC.

PVC is incredibly popular, in one form or another, with about 40 million tonnes rolling off global production lines every year.

As far as boring chemistry-type stuff goes, the history and invention of vinyl is actually quite an interesting “whodunnit”. One thing we can be certain about is that, like many scientific breakthroughs, the initial discovery of PVC was purely accidental.

Depending on where you read it, you may get as many as 4 protagonists pop up as the answer to who originally invented/created it. However, if you dig a little deeper as we’ve done, the fog begins to clear and any confusion can hopefully be put to rest.

Born in 1810, Regnault was a French chemist and an early trailblazer in thermodynamics. During one of his experiments in 1838, he left one of his flasks in daylight and over time, noticed a hard white substance had formed in it. According to history on the PVC.org website, he couldn’t find a practical use for it and so never patented it. This, as far as we know, is the first reference to PVC being created in the lab.

Moving forward to 1872, we then see our next protagonist enter the story, a man who is often attributed as vinyl’s creator. Interestingly, if you visited the link, you may have noticed that our first contender, poor old Henri Regnault, doesn’t even get a mention!

Professor Eugen Baumann was a German chemist who had originally followed in his father’s footsteps by beginning his career as a pharmacist. After shifting his focus to chemistry, he accidentally synthesized PVC in his laboratory after leaving a flask of vinyl chloride standing in sunlight (similiar to what Regnault had done 34 years earlier). Once again, the resulting polymer was a hard, solid white lump. Similarly, no use could be found for this strange, hard white substance and it was largely ignored and still unpatented.

Moving forward to 1913, Friedrich Klatte, another German chemist, was the first to realise the potential of vinyl when he applied for (and received) a patent for it. However, despite his best efforts, he couldn’t really find a viable commercial use for it as it was very brittle and difficult to work with. So at the time, his patent didn’t bear any fruit for him.

Up until the 1920s and despite PVC already being well documented, vinyl was little more than a footnote in chemistry books as it still didn’t seem to have much practical use in the real world. However, as reported by MIT, Waldo Semon decided to take a bit of time out from his everyday duties as a chemist at BFGoodrich, an American tyre company,  and began experimenting with PVC.

Semon had previously been headhunted to help solve a problem the company was having when trying to coat metal with rubber and to also try and find a cheaper synthetic replacement for natural rubber (which was becoming extremely expensive to buy as a raw material). If Semon and his colleagues could come up with a far cheaper synthetic alternative, the company stood to save a small fortune.

How he did it

What Semon discovered “by accident” according to him, was that if he heated the PVC polymer in a solvent that had a high boiling point, he ended up with a gel-like substance that once cooled, was elastic in nature. This was a major breakthrough compared to its hard, brittle and inflexible predecessor. Realising the significance of what he’d done, he turned his full attention to his new vinyl breakthrough.

After further refinements, he found to his delight that not only could it be reproduced cheaply, it was also more resilient, flexible, versatile and durable than natural rubber and could also be poured into moulds to make pretty much any shape imaginable. From an industrial and manufacturing point of view, it could also be made into coloured pellets which were easy to transport and could be mixed to make every colour of the rainbow.

Seeking to capitalise on his discovery, his employer BFGoodrich produced hundreds of commercial applications for PVC from the 1930s onwards. Due to its cheap cost, it became commonly used as soles for shoes, waterproof clothing, handle covers, electrical wire insulation and the like. Between the 1930s to the 1950s, production of vinyl and PVC as we know it today skyrocketed as other manufacturers also threw their hats into the production ring.

From then to now

As it was so cheap and durable, vinyl/PVC was used extensively during the Second World War and then found its way into the commercial building industry where it was (and still is) predominantly used for plumbing pipework and wire insulation. Because of its non-corrosive properties, it’s also widely used underground as water and sewage pipes as well as being extensively used in many other industries including IT, healthcare, transport and of course, the car industry. Aside from our vehicle wraps, we also use one of vinyl’s popular derivatives, polyurethane as a paint protection film to protect our clients’ vehicles.

So there you have it; a comprehensive history of PVC vinyl. As far as a definitive answer to the “who invented vinyl/PVC” question is concerned, you now have 4 candidates to choose from. The actual answer is, of course, arbitrary and depends on your own subjective point of view.

History is littered with examples of individuals who patent an existing idea and then get the credit as the original inventor. So, from that perspective, you’d have to attribute the inventor as contender number 3, Friedrich Klatte. However, it was contender number 4, Waldo Semon who was largely responsible for the vinyl we know today.

Finally, if you’re a real stickler for detail, then either contender number 1 or 2 (Henri Regnault or Eugen Baumann) may get your vote for having their experiments appear in the science & chemistry journals of the day.

When all’s said and done, we’ll leave it up to you to decide who invented PVC vinyl for yourself!

Footnote: It’s worth mentioning that if you search the internet for “who invented vinyl”, you’ll most likely see the name ‘Peter Carl Goldmark’ come up. The reason for this is that Goldmark is often attributed as the inventor of the 33 1/3 LP record and NOT the inventor of PVC vinyl per se.

Although”tricky” gave invention of vinyl records to a Columbia engineer, I beg to differ. In late August 1940 Columbia called the new york office of union carbide. Columbia believed sound could be reproduced on plastic. Columbia said they believed Carbide were the experts to tackle the problem. Only thing was, when Columbia hung the phone, carbide only had48 hours to get it done. New York office called South Charleston,wV carbide unit. My dad John A Davies and eight other engineers completed the project in 38 hours. First recording was music but they did get one of Fdr speaking with his ghost writer as well. Fdr was caught speaking with the writer via phone patch and intercepted by a carbide engineer who was also an amateur radio operator.

Hi Donald and thanks for the comment. It’s great to hear personal accounts and it’s a lovely addition to the story and history of PVC.

The article says that PVC is similar to plastic but it’s made of ethylene (oil) and chlorine (salt) so I assume this means it might be more biodegradable than plastic. I’ve been reading up on plastic nurdles, which are the tiny bits of raw material that factories use to make plastic objects. Apparently, nurdles are a huge problem even before they’ve been moulded into anything and can even get blown worldwide by the wind and end up in the oceans. The fish can mistake them for food and eat them and then we eat the fish so it’s not good for all concerned. It would be interesting to find out more about whether or not PVC is less harmful to the environment or not.