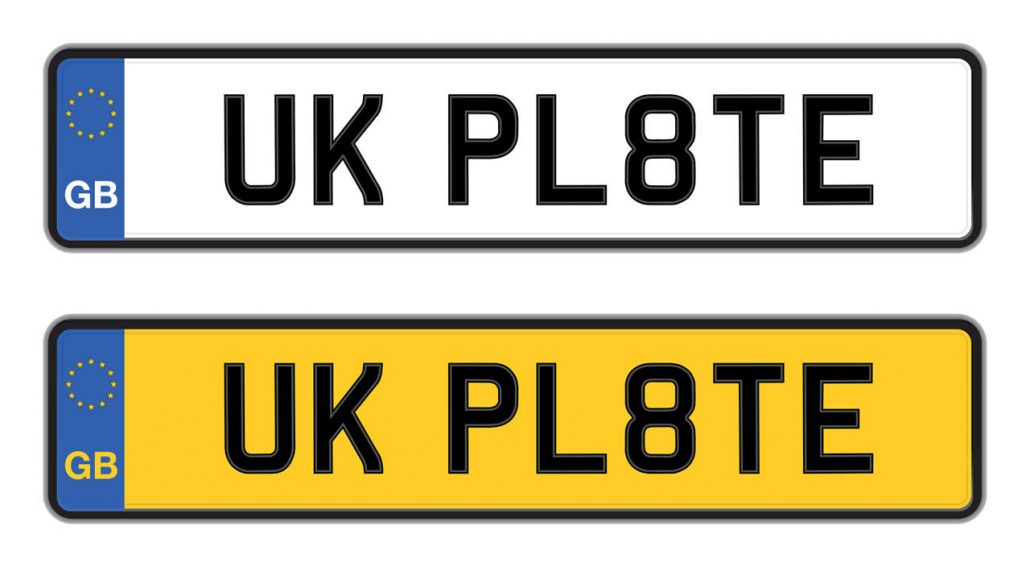 What’s a ‘misrepresented’ number plate, and do I have one?

For many of our clients, their car isn’t just a runaround that gets them from A to B, it’s a piece of engineering akin to a work of art. From custom wraps to intricate detailing, every tweak can make a vehicle stand out from the crowd. Number plates are no exception, and we sometimes get cars with personalised (or cherished) number plates coming through our doors.

So, if you’ve got private plates on your vehicle, you really need to read this post as you could get into trouble even if you’ve only made a minor modification on how the numbers or letters are displayed. The same applies even if you have a standard plate too. Number plate laws, in general, are actually fairly complicated and there are quite a few aspects of them that most people simply aren’t aware of. For example, even the fonts that you can use to create one are fairly limited.

Anyway, regarding what construes a misrepresented number plate, here’s what you need to know:

There are often ‘shakeups’ or ‘crackdowns’ on illegally displayed number plates, with the latest one making the mainstream news only recently. Although this one is, albeit, more to do with plates being created illegally so that stolen cars can be cloned, it’s worth bearing in mind that any car with any illegal plate, for any reason, can get you into trouble at any time.

However, this post isn’t about cloned plates, it’s to do with legit ones that have been altered in some way. Basically, if a driver has a number plate on their car that is deemed illegal because it’s been “misrepresented” they could be in for a hefty fine. If you get pulled over by the police and they claim you’ve misrepresented your vehicle’s registration plate(s), you could get an on-the-spot fine right there and then by the side of the road. To make matters even worse, the plate can also be confiscated and you won’t get the money you paid for it back.

What constitutes a misrepresented number plate?

A common trick you’ll often see on a ‘cherished’ number plate is the strategic placing of bolts to change the appearance of a letter or letters. For example, it could be the letter “F” with an extra black bolt that makes it look more like an “E” from a distance. The obvious purpose is so that the overall look at the plate from a glance makes it appear more like a specific word.

Similarly, you often see a number plate where the gap between certain numbers or letters has been closed so that it looks more like a particular word. For example, if you owned the plate M1 CKC (which is currently for sale so isn’t on a car) and closed the gap between the “1” and the “C”, then spaced out the “K” and the “C” at the end so it read as M1CK C, that would be deemed a misrepresented number plate.

Here’s an actual example of what we’re talking about. If you have a quick read of this thread on the UK Business Forums website, you’ll see the story of a guy that bought his number plate at a car boot fair. He deliberately altered the letter C with a ‘bolt’ (which turned out to be a stuck-on cap) to make the letter C look like a G. If you don’t have time to read it…spoiler alert – It didn’t end well!

To summarise, any plate that displays numbers or letters that have been rearranged, altered in some way, obscured or are difficult to read will likely cause you a problem. According to articles that appeared on numerous news site in 2016 during a crackdown in the West Midlands, PC Mark Bull, from CMPG, is quoted as saying:

“Officers would like to remind all motorists that it is an offence to misrepresent the numbers and letters on a number plate to form names or words, or in a way that makes it difficult to read the registration number. For example, you should not use fixing bolts to change any of the letters or numbers or use any font that is not standard DVLA approved or use offensive wording or use a registration plate to make your vehicle appear younger than it actually is.

If you read all that and gulped, maybe it’s time to take a look and double-check that the plate on your car doesn’t fall into any of the above!