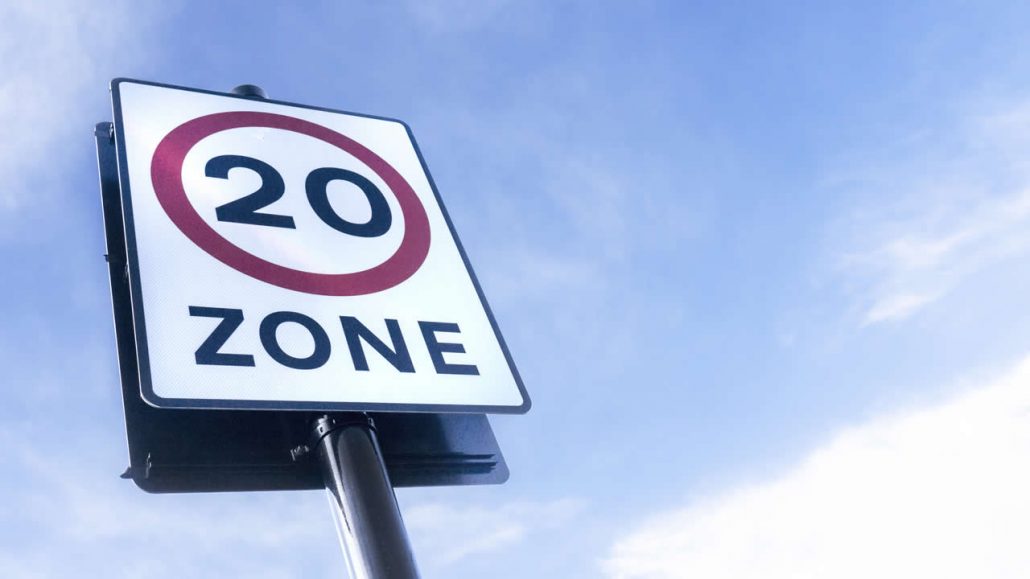 It’s no secret that the crew at FRSH Customs love fast cars. Of course, there’s a time and a place for speed and it certainly isn’t on London’s busy roads and driving in London can be a bit of a nightmare anyway.. Between paying the infamous congestion charge, weaving in and out of lanes and trying to plot the best route in the midst of rush hour traffic, drivers are often left thinking “Aarrgh…why didn’t I just take the tube?!”. And for drivers, things aren’t getting any easier. There’s a new speeding limit that’s come into force on the streets of London that’s bound to create even more challenges for the citizens of this great metropolis.

From Monday the 2nd of March 2020, a blanket 20 mph speed limit has come into effect on many roads inside London’s congestion zone. This is bound to create a headache for many motorists, who could well be caught out by the new rules. Road users are advised to check carefully to see if their commute or regularly used roads are affected, although the changes should be made clear with new signage.

The new rules are being introduced on all TFL (Transport for London) routes within the congestion zone. As a result there are many affected areas. The restrictions are in place on roads stretching from Aldgate in East London to Vauxhall in South London. Some of the most popular roads that are affected include Kings Cross Road, Whitechapel High Street and the Victoria Embankment. Whats more, it’s not just local roads that’ll be affected, as popular tourist destinations such as the tower of London also come under the new rules.

Mayor of London Sadiq Khan has explained the rationale for the new system; it’s part of his plan to encourage uptake of public transport in the city as well as alternative means of transport such as cycling or walking. It’s hoped that the new arrangements will lead to London’s roads becoming safer for pedestrians and motorists alike. However, it could mean that your next taxi journey across the capital will take longer! Speaking to the press, the mayor said he was absolutely determined to do everything he can to eradicate all deaths and serious injuries on London’s roads and that these new measure were a “vital step along the way to helping us to achieve this”. Clearly, the mayor hopes that this exercise will help save lives and make London a safer place for all. The mayor is trying to lead a concerted effort to make London a more ‘green’ city, and this involves lowering the emissions from motor vehicles in the city. By making driving less and less hospitable in London, more people are encouraged to use greener transport means.

The statistics on road accidents tend to support the argument that lowering speed limits saves lives. For example, a pedestrian hit at 30 mph by a car is more than 5 times likely to be killed than a pedestrian hit by the same car at 20 mph. These new restrictions are part of a wider campaign to try and reduce road deaths nationwide. This has many supporters, but some people also feel that restrictions like these go too far.

These new rules have the potential to greatly increase the number of speeding related offences committed in the city of London, which is already very high. For example, the data available from 2018 shows that over 150,000 people were penalized for speed related offences in that year alone. Furthermore, over 38,000 fines were handed out to motorists for speeding and other offences.

Clearly, the consequences of breaking the new rules could be large for everyday motorists. Speeding as an offence, means an automatic £100 fine, and also three penalty points being added to your licence. But that’s just the start; for more serious cases, motorists could be charged with dangerous driving which could see your bill rising to £2500, and could also lead to a potential driving ban. Clearly, the risks of breaking the new laws heavily outweigh the benefits.

As a result of these new restrictions, motorists are strongly advised to plan their travel ahead. Give yourself plenty of time on the route, making generous allowances for the new lower limits. If possible, you could always avoid the new rules by just leaving the car at home and either walking, cycling or using public transport.